Why Rwandan women are missing out on the Tech boom (Source ONE.org)

Why Rwandan women are missing out on the Tech boom

This story was originally reported by Rodrigue Rwirahira for Women’s Advancement Deeply.

In recent years, Rwanda has been going through a digital revolution. The tech industry has become one of the largest contributors to GDP growth, at 3 percent, and, the government claims, the burgeoning sector is attracting more and more investment from foreign countries.

But women are largely missing out on this tech boom, and those who do work in the industry say companies and the government need to do more to help bolster their ranks.

This does not mean that Rwanda’s young women lack the drive to get into the tech sector: In vocational training, the number of women learning basic skills in information and communication technology (ICT) outpaces men at 51 percent compared to 49 percent.

But once women leave university or training and go into the tech workforce, they come up against prejudices and obstacles their male counterparts never have to face.

When Sandrine Sangwa, 24, graduated with an I.T. degree from the Akilah Institute in Kigali in 2017, she never thought of looking for any other job because she was determined to build her own software design company.

She took an internship at K-LAB, an incubator that helps software designers develop and sell their ideas, and started working on creating her own apps. She came up with Sangwapp, which supports people with visual impairment by translating signs and giving them an audio description of things they can’t see. But when she tried to take the app to market she says she couldn’t get past the prejudices held by would-be buyers and potential clients.

“We never thought it would be easy, but we are being regarded in contempt,” she says of herself and fellow women in tech. Some companies prefer to buy inexpensive software from abroad instead of buying products made locally and more made by women, she says. “Nobody is willing to help us seize these opportunities.”

In general, Sangwa says, clients tend to assume that men are better at coding, making it impossible for women software designers to compete. “We are yet to get to the level of wooing our potential clients.

“We have the power and the zeal to get there, but the environment is still turning us down.”

Vanessa Keza, head of the local nongovernmental organization GIRLS IN ICT, says the lack of market availability and the unfair competition stems from assumptions many grow up with about gender. “There is still an underrepresentation of women in ICT [because] we see office and family stereotypes that say ICT is meant for boys.”

The mission of GIRLS IN ICT, which comprises around 30 young professional women in the I.T. industry, is to raise awareness of the benefits of a career in digital tech among high school girls.

“Part of our assignment is to fight the mindset and create a platform where women can share ideas around ICT projects,” Keza says. “And so far, it is paying off.”

GIRLS IN ICT has partnered with Smart Africa – a private initiative working with governments to improve access to technology – to raise the profile of its members and help them identify solutions to some of the societal issues facing Rwanda, including food security, transport infrastructure and disaster and land management.

GIRLS IN ICT also organizes competitions, such as the annual Ms. Geek contest, to motivate school-aged girls to come up with innovative tech or business ideas, as well providing a regular one-week bootcamp to teach girls in remote areas basic programming, internet and computer skills. 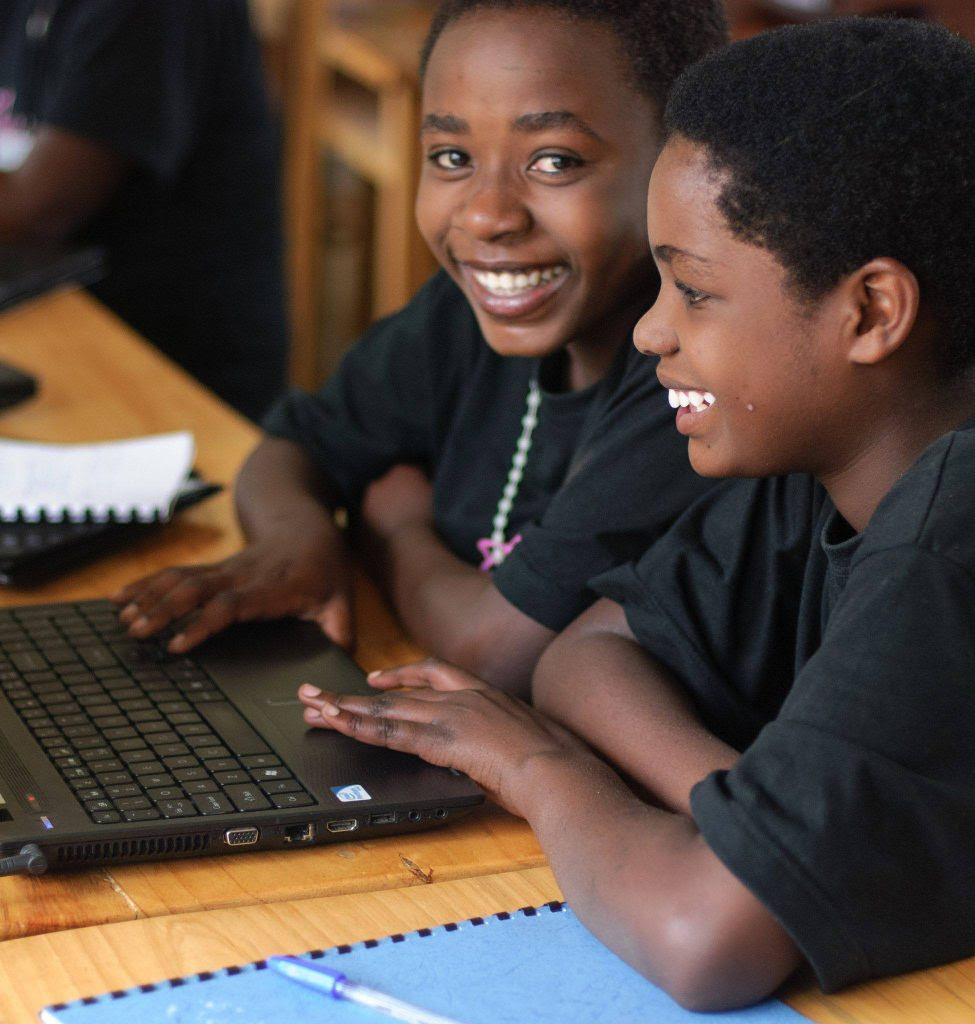 image via Girls in ICT Rwanda

Keza says the organization has seen girls build the confidence to be more proactive in the tech industry. She says a number of girls who have gone through the training programs have gotten tech jobs in banks, broadband management companies and telecommunications firms.

The Need for a Proactive Private Sector

Claudette Irere, director of ICT at Rwanda’s Ministry of Information Technology and Communication, says the government is aware of the problem, and has plans to tackle it. She says the ministry has several projects in the pipeline with the Ministry of Gender and Family Affairs to raise the number of women in the sector, and will release a strategy to address the gender gap by the end of this financial year.

The country’s tech sector will only benefit from boosting the numbers of women in its ranks, Irere says. “Rwanda would do much better if it could build a good pool of developers and programmers and take on outsourced jobs.”

Sangwa, the software designer, feels the government is doing a good job at supporting women in ICT. But, she says, unless private companies are more proactive about hiring women, she and her female peers will never be given an equal chance to take part in Rwanda’s digital revolution.

“The government has given men and women equal rights on a number of things,” she says. “Employers in the private sector need to apply the same mentality so that women can also excel in ICT.”

ONE welcomes the contributions of guest bloggers but does not necessarily endorse the views, programs, or organisations highlighted.